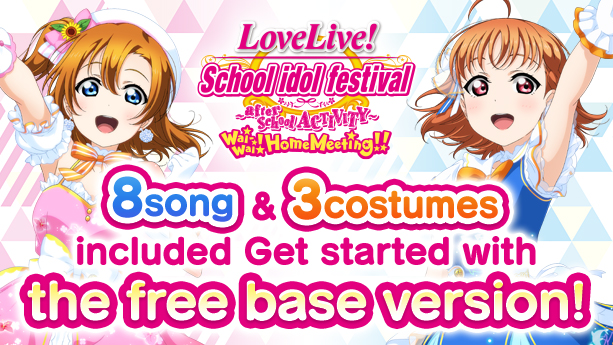 Enjoy live performances from μ's, Aqours, and Saint Snow on a "big screen" with the PlayStation 4's beautiful 3D graphics!

Get started
with the
Free Base
Version!
Check details
POINT 01

Members in their favorite costumes are on stage!
Combine your favorite music, costumes and stage for live! 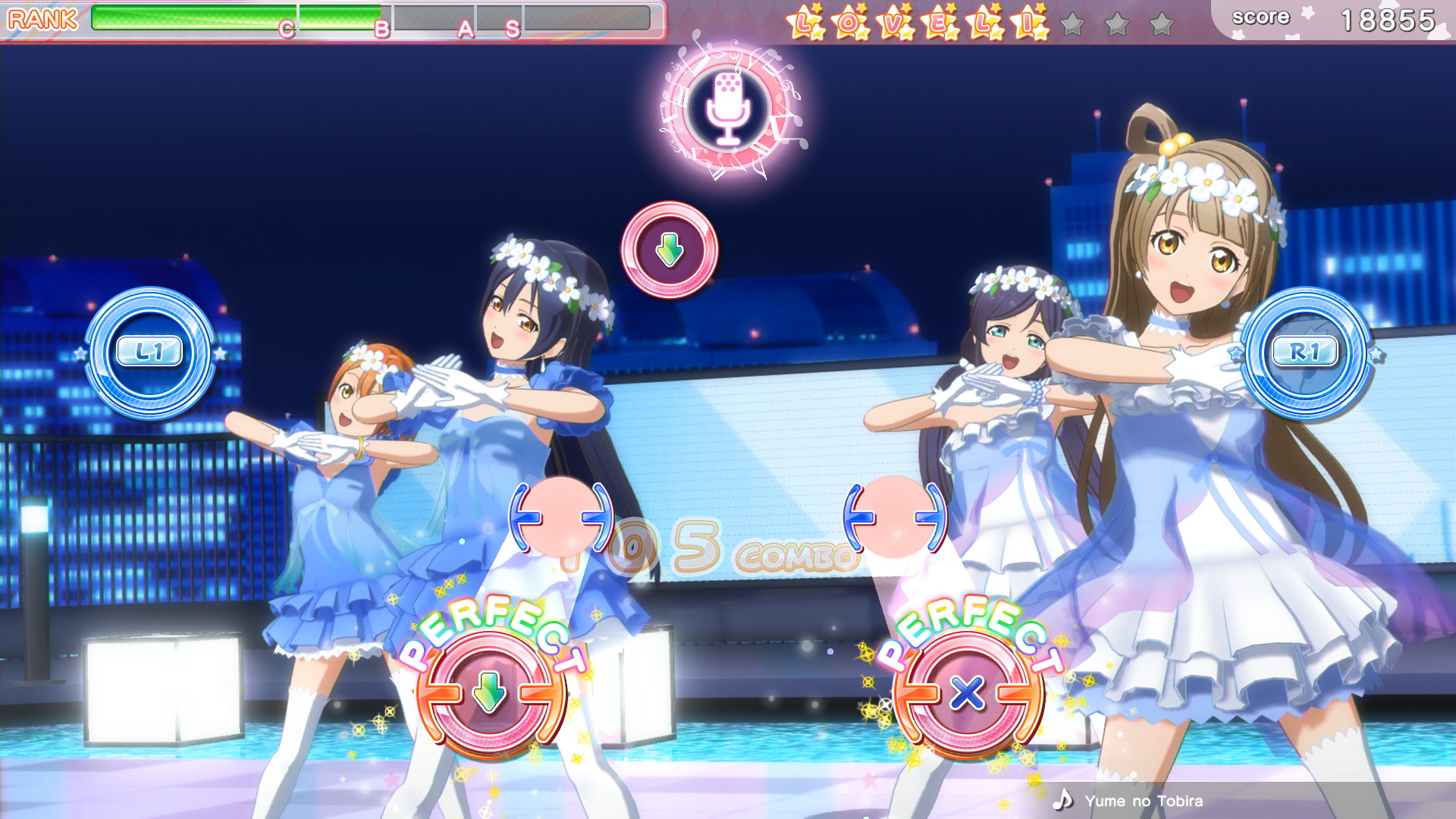 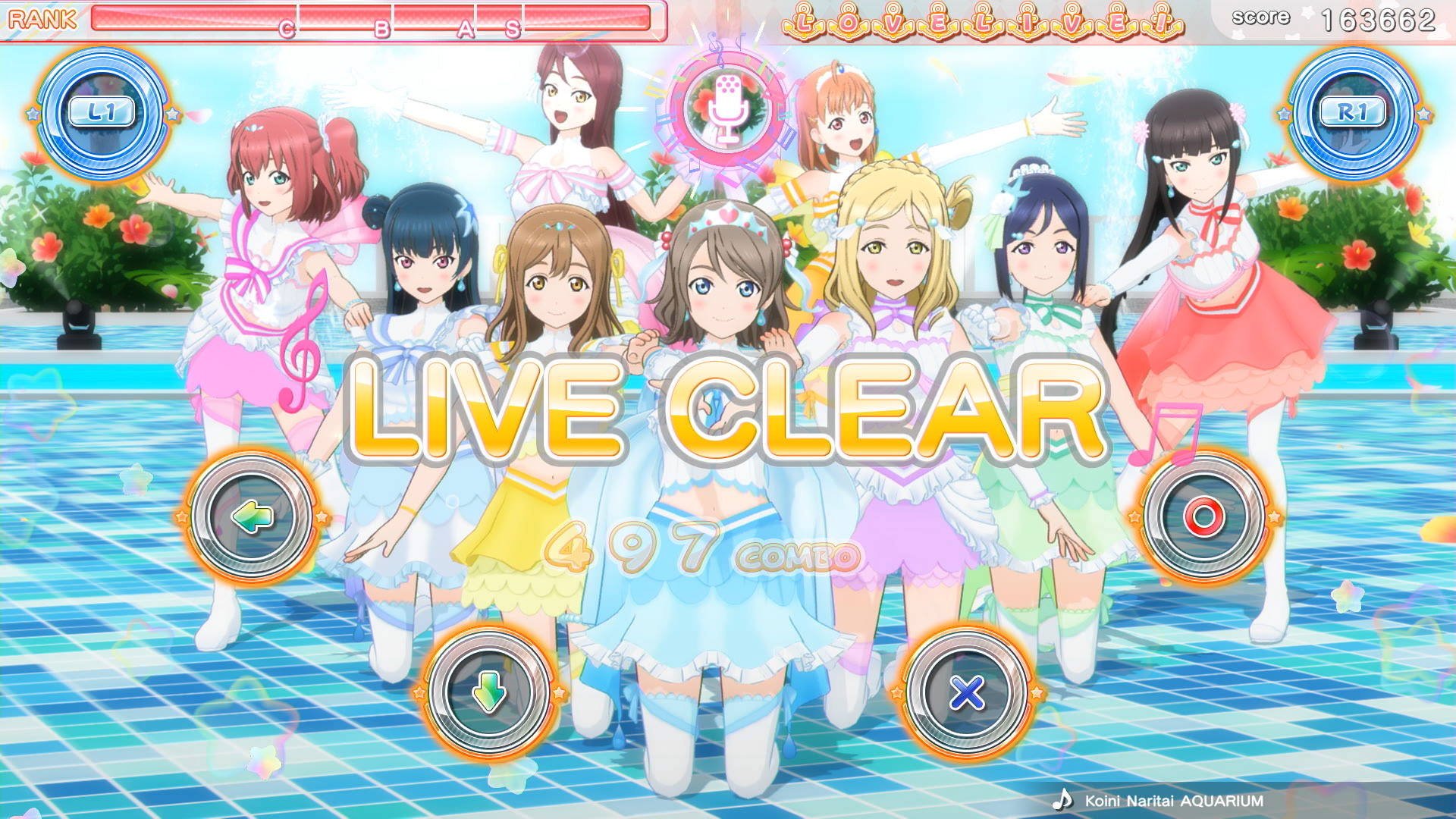 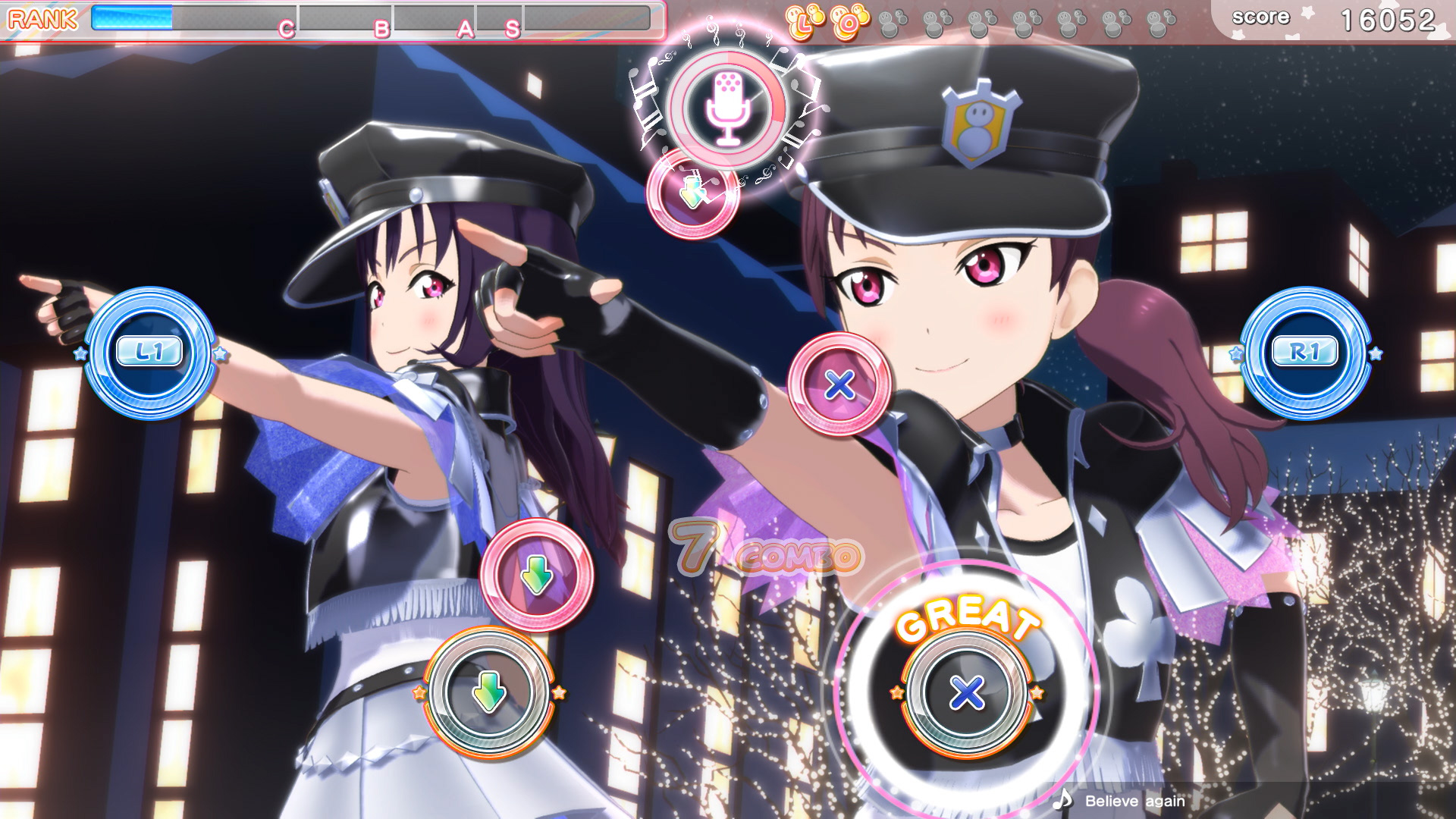 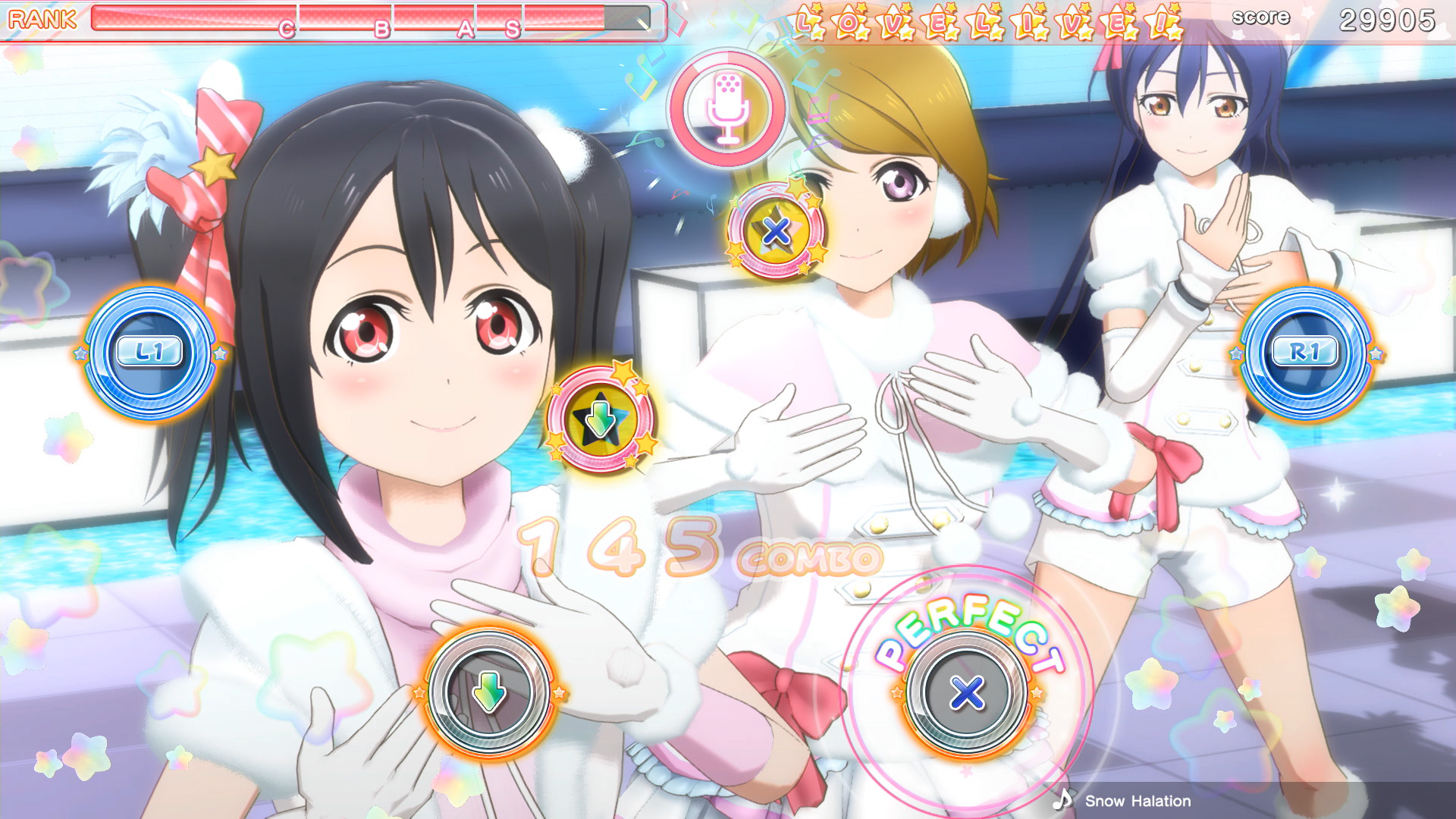 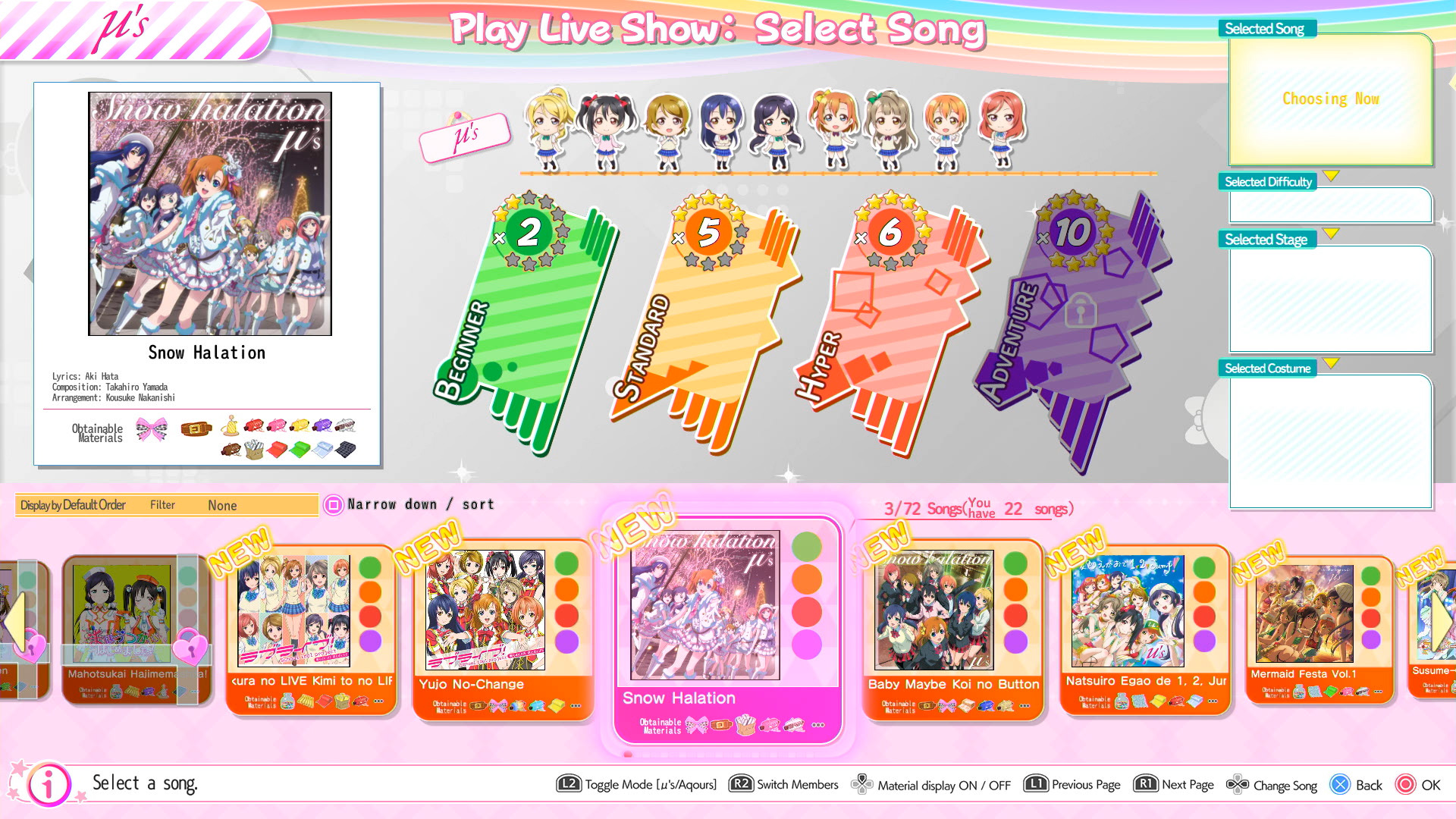 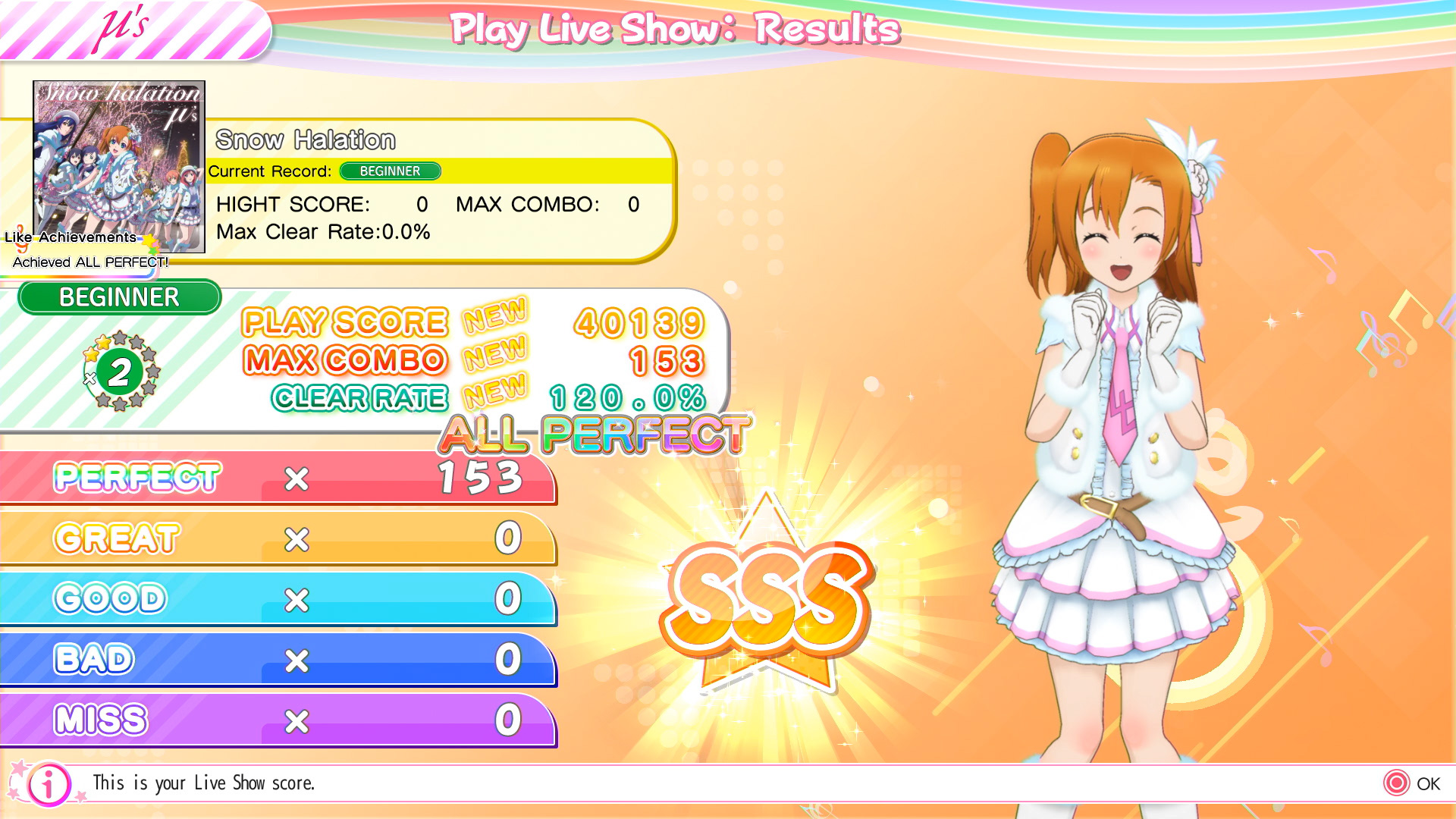 Get full combos(by making many lives)!
Get accolades the more times you play!

Enjoy viewing performance by making your own setlist
and controlling camera freely! 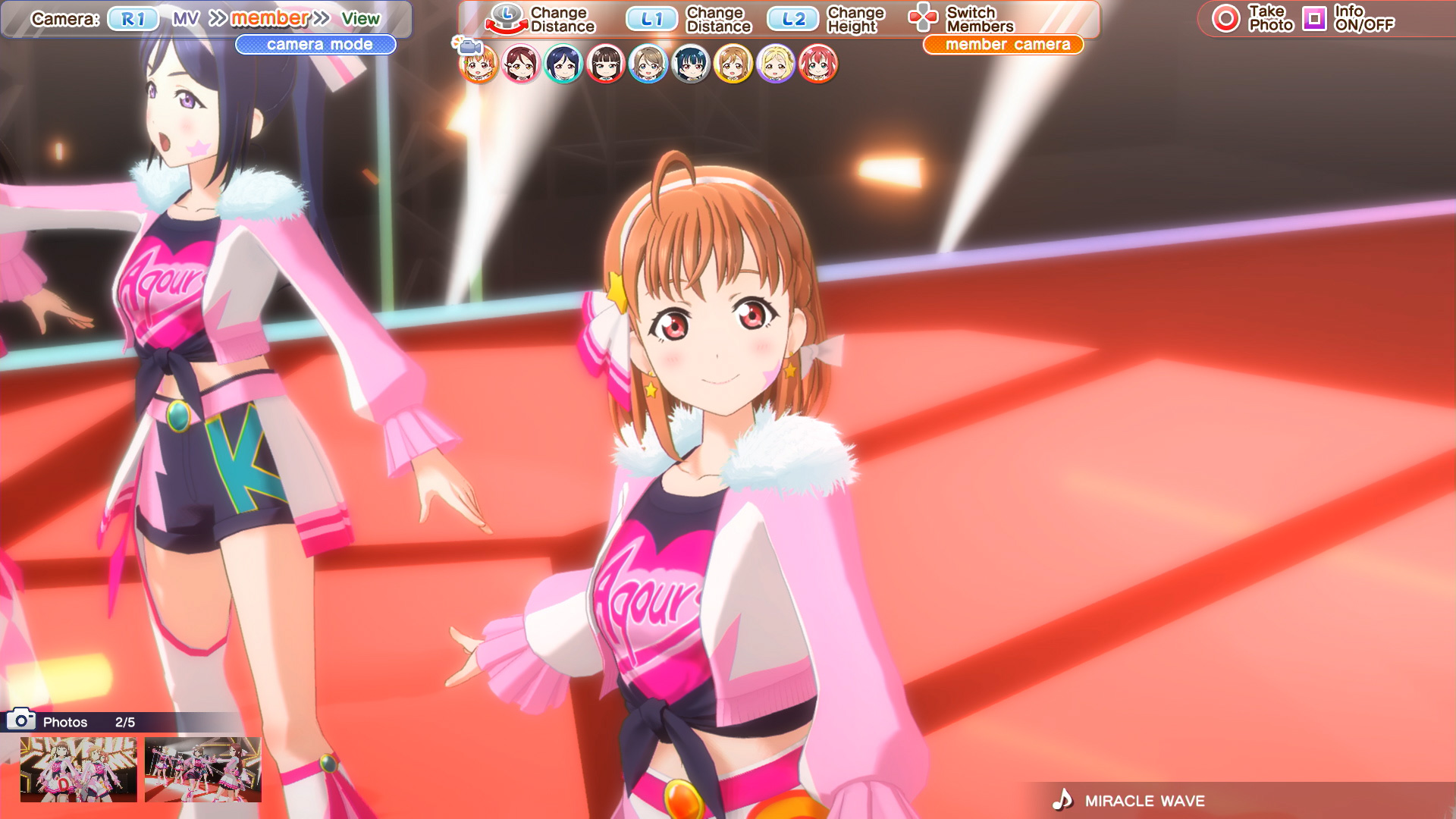 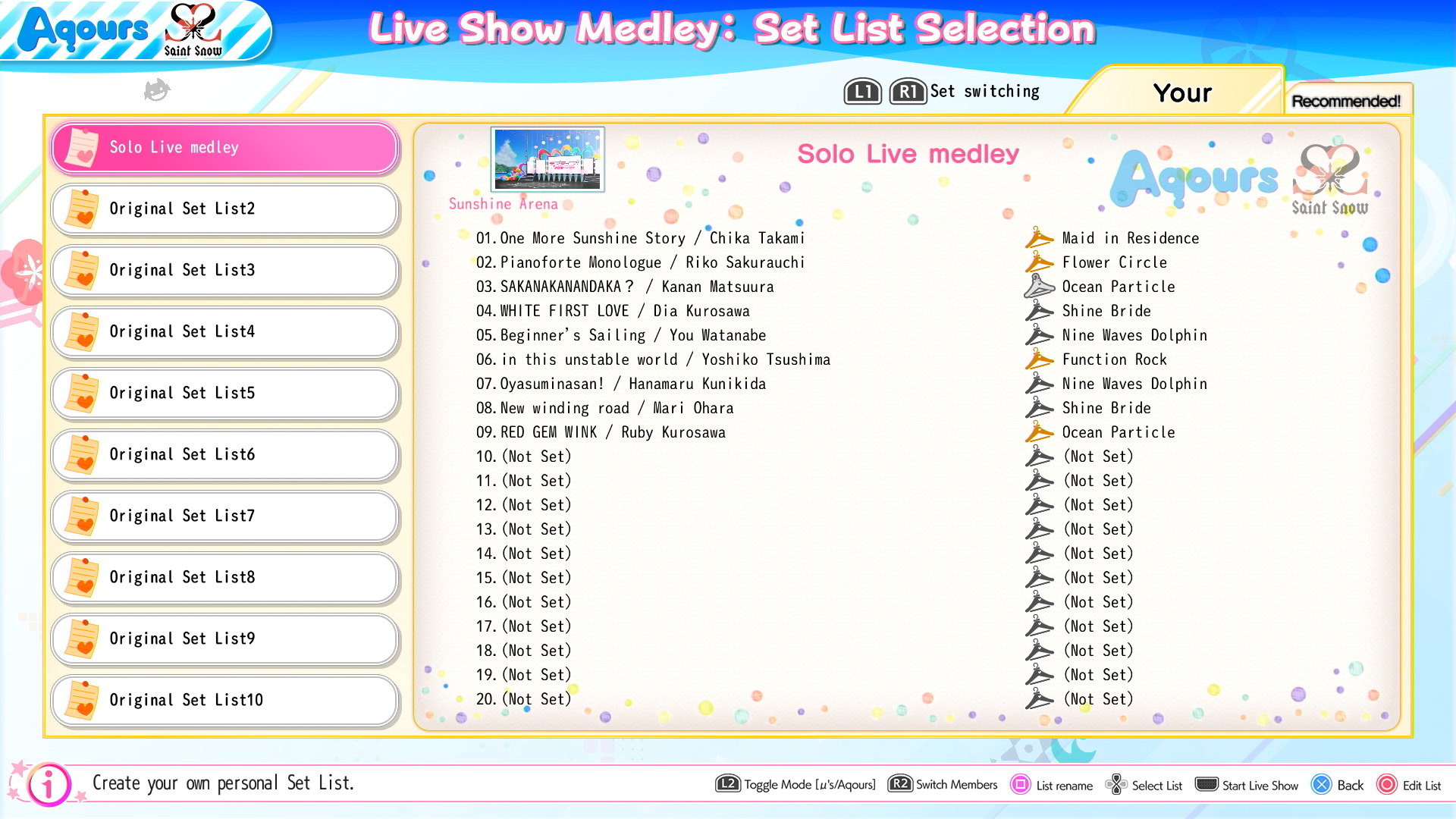 Get started with the free base version!

Get 3 costumes when you start!

Enjoy your live show at your pace! 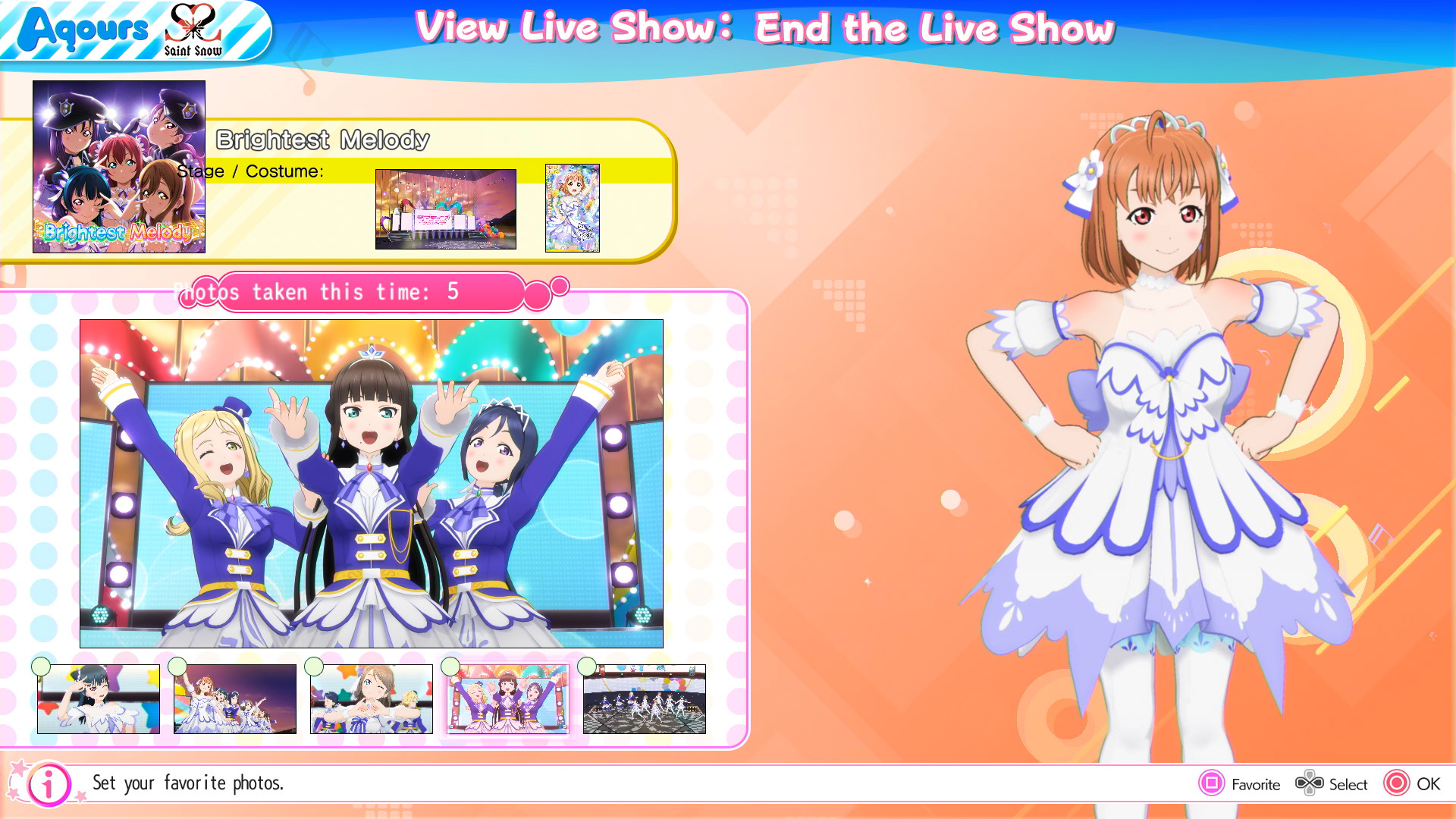 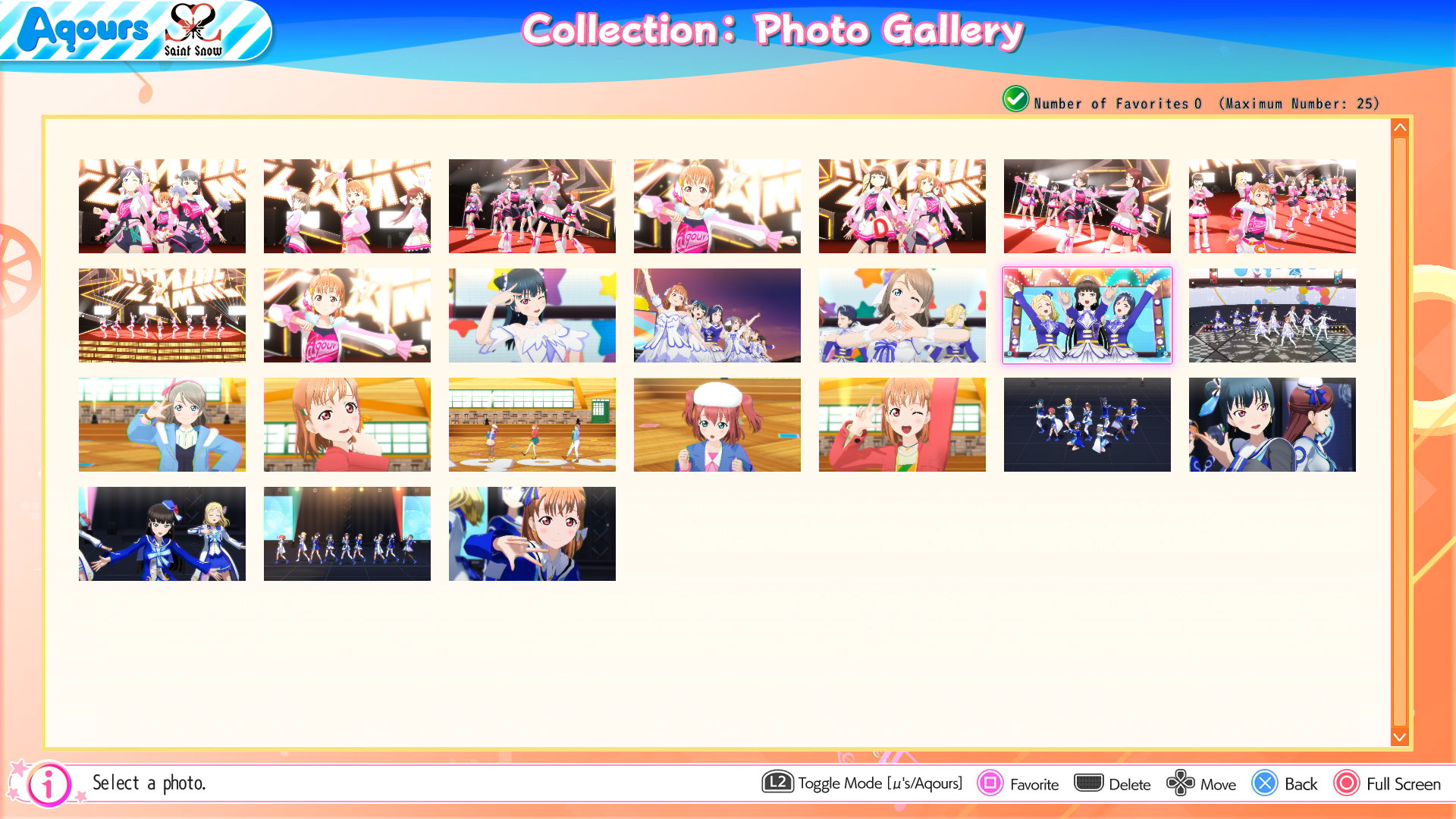 You can view the stage from different angles and take photos of your favorite parts outside of the game mode!
The photos you take are saved in your collection! 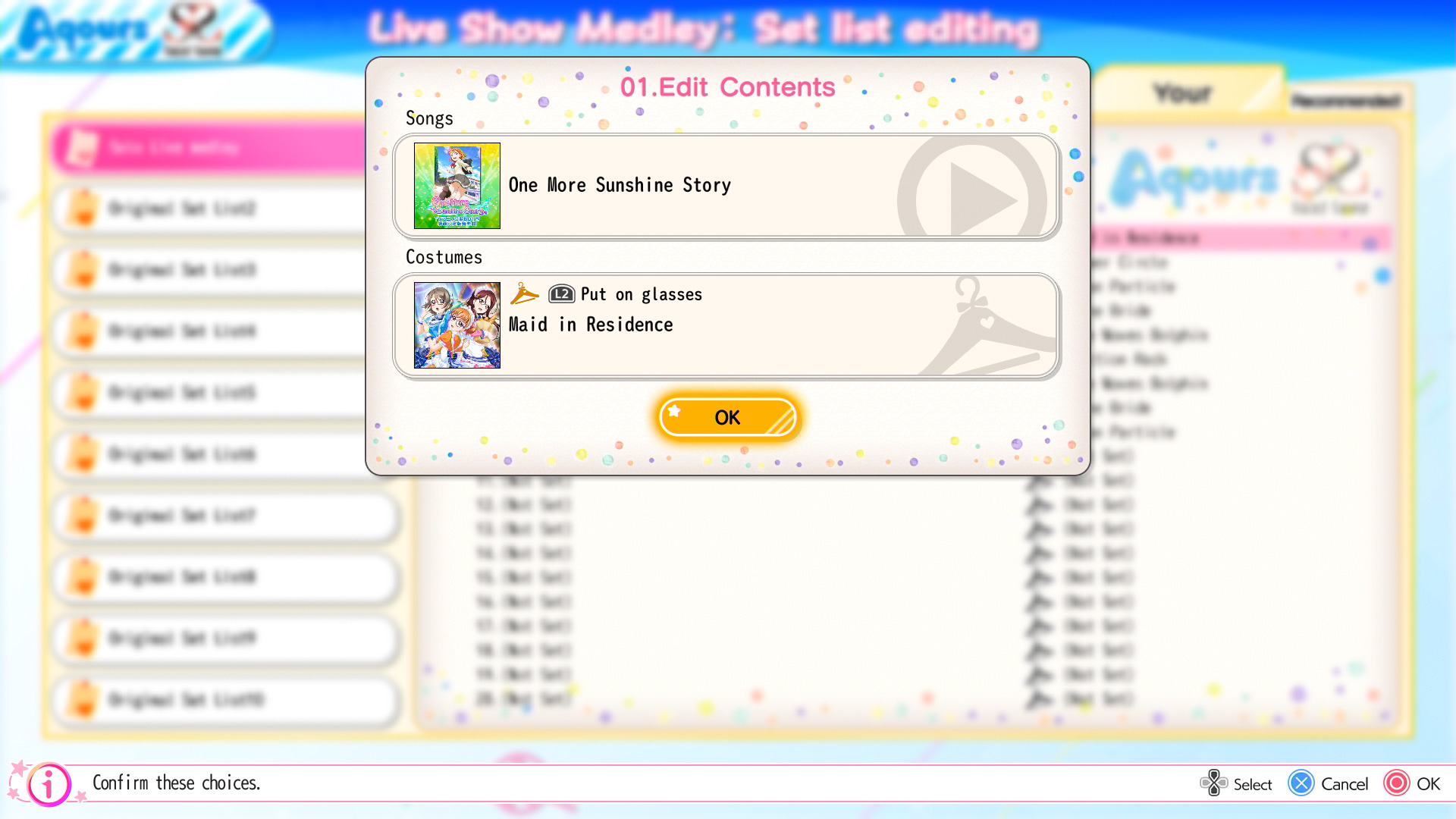 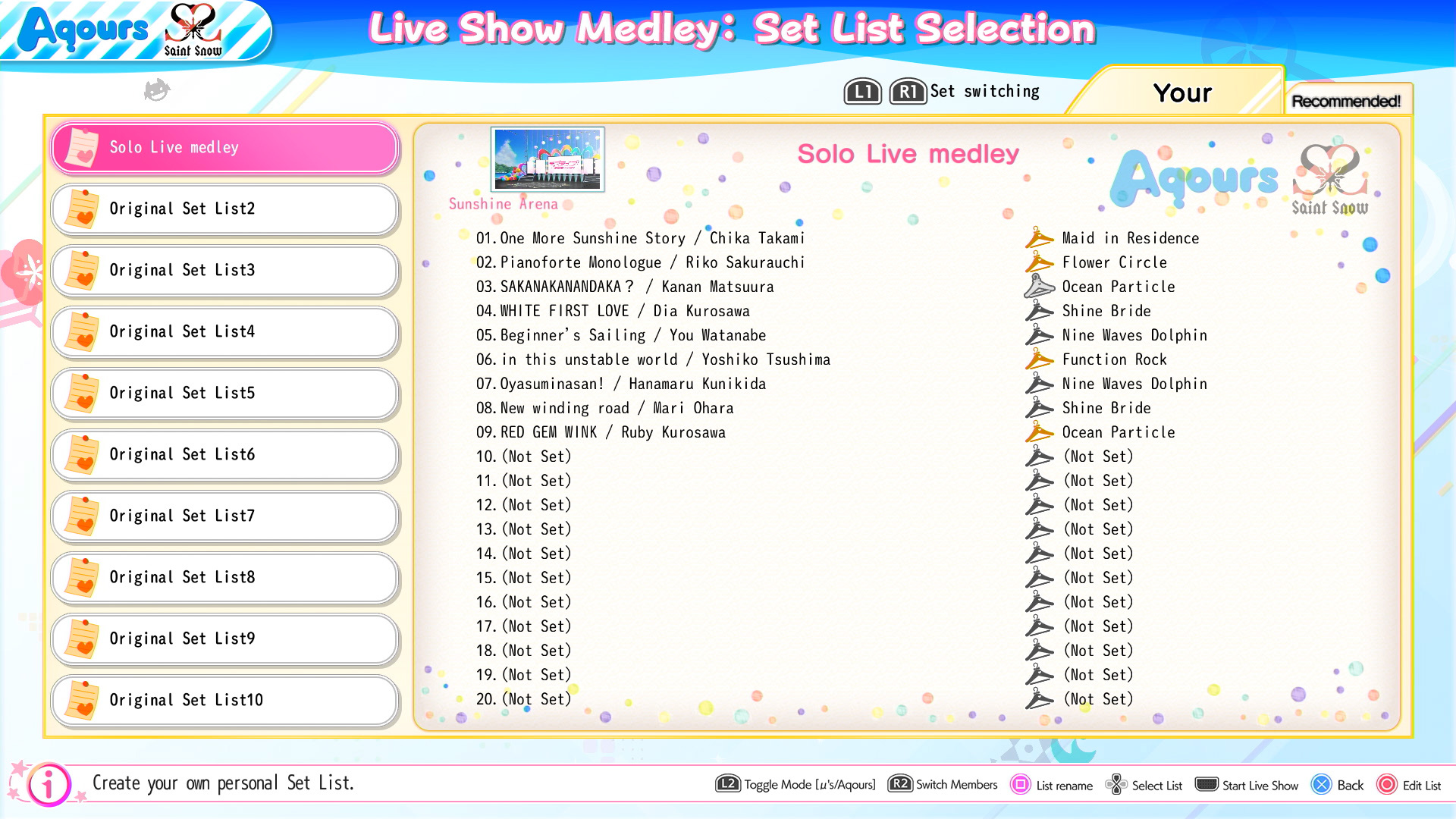 Special color appears at some costume!
Hold a live in a costume with a different atmosphere than usual! 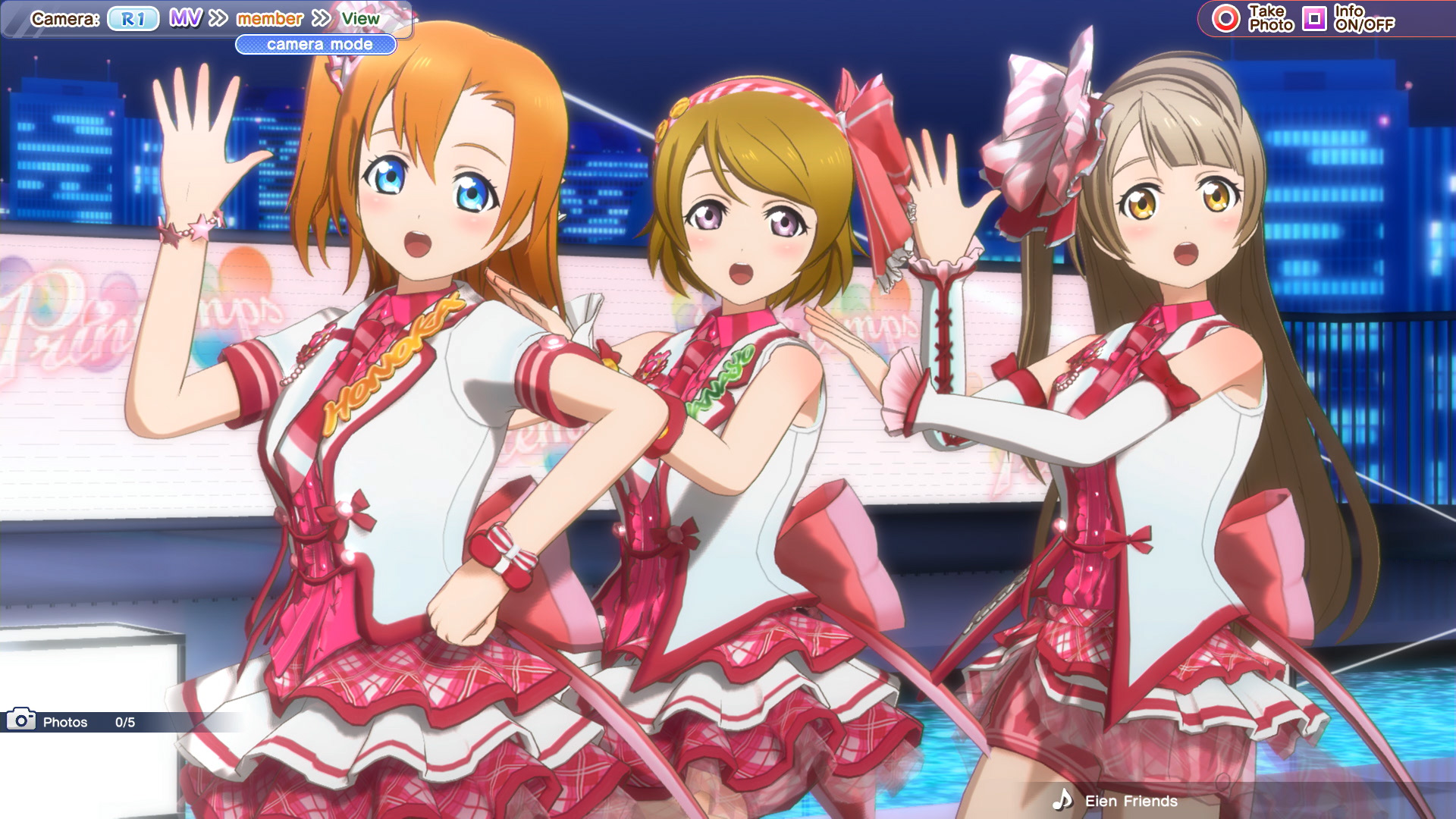 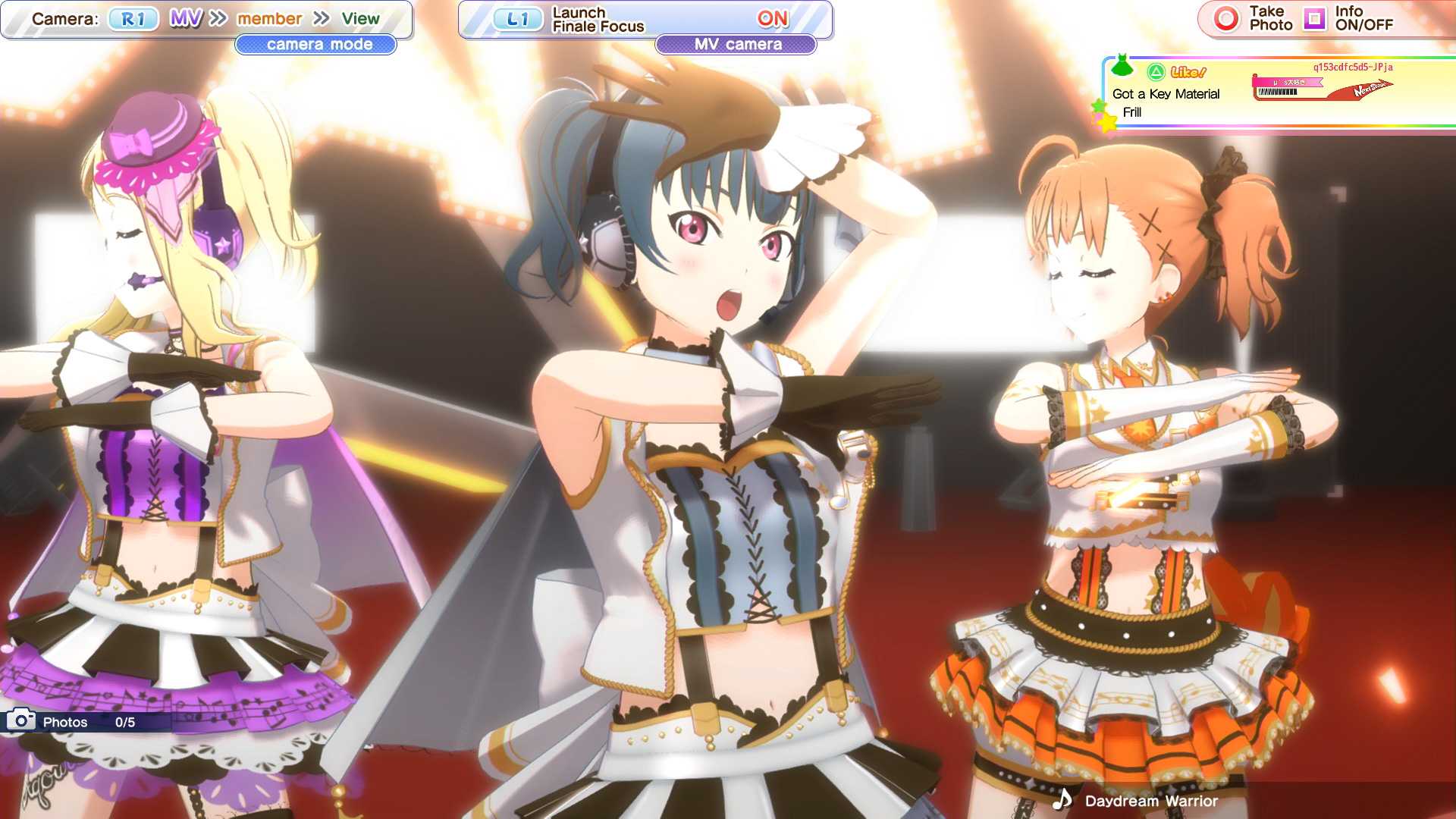 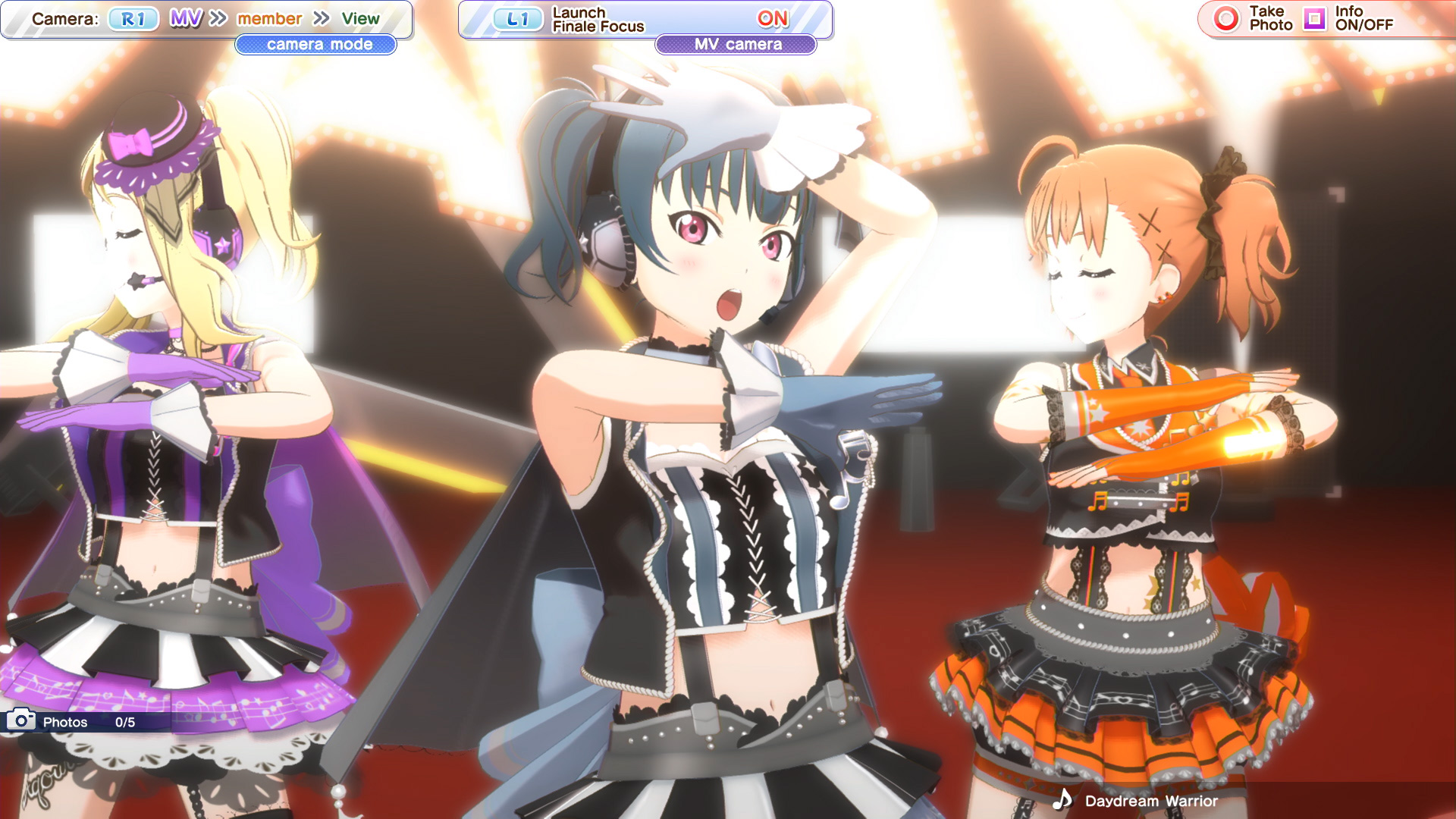 Each costume is an original costume with a unique story, like the motif of cherry trees of Otonokizaka High School, the vast ocean in Uchiura and the snow falling in Hakodate. 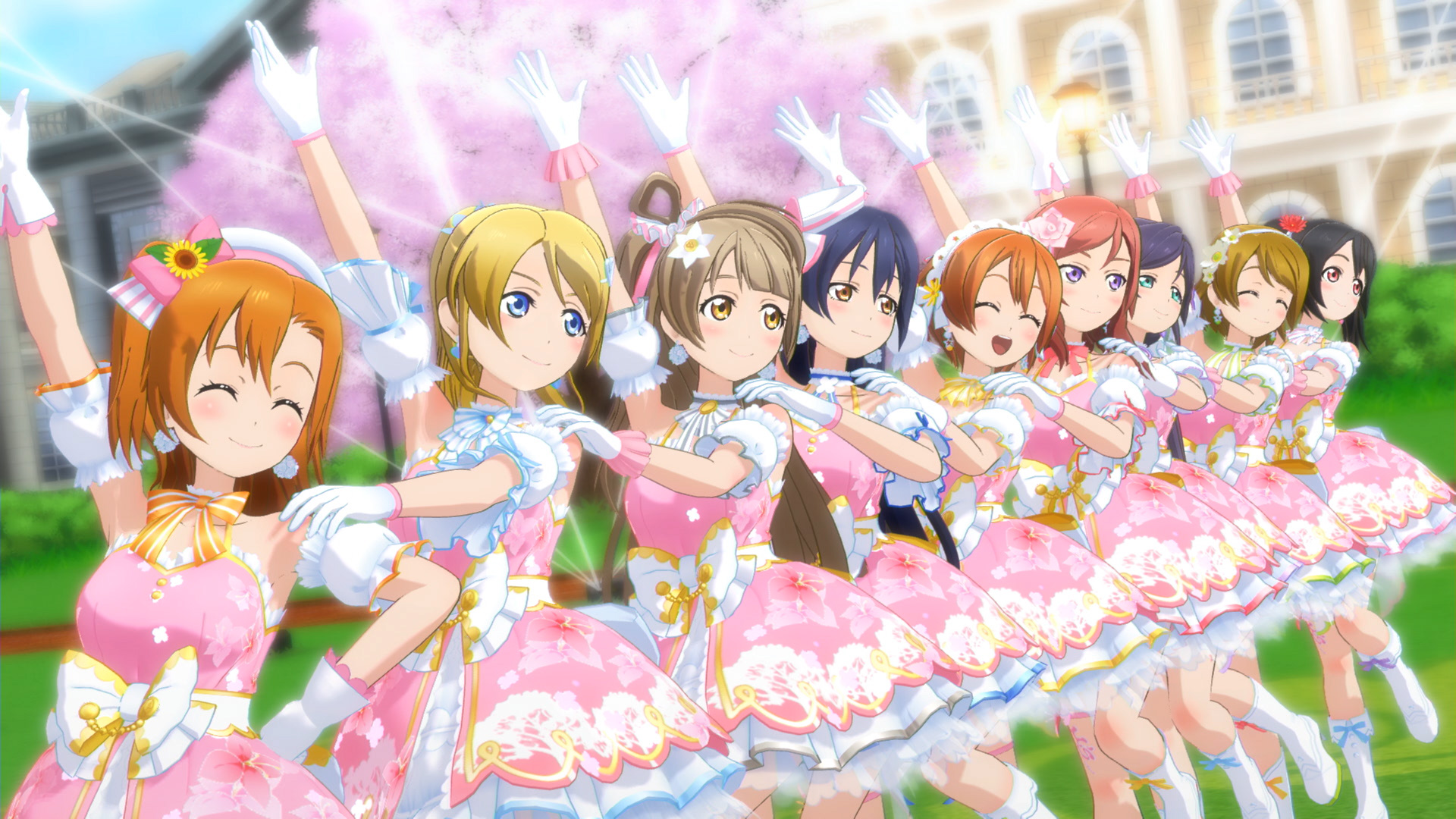 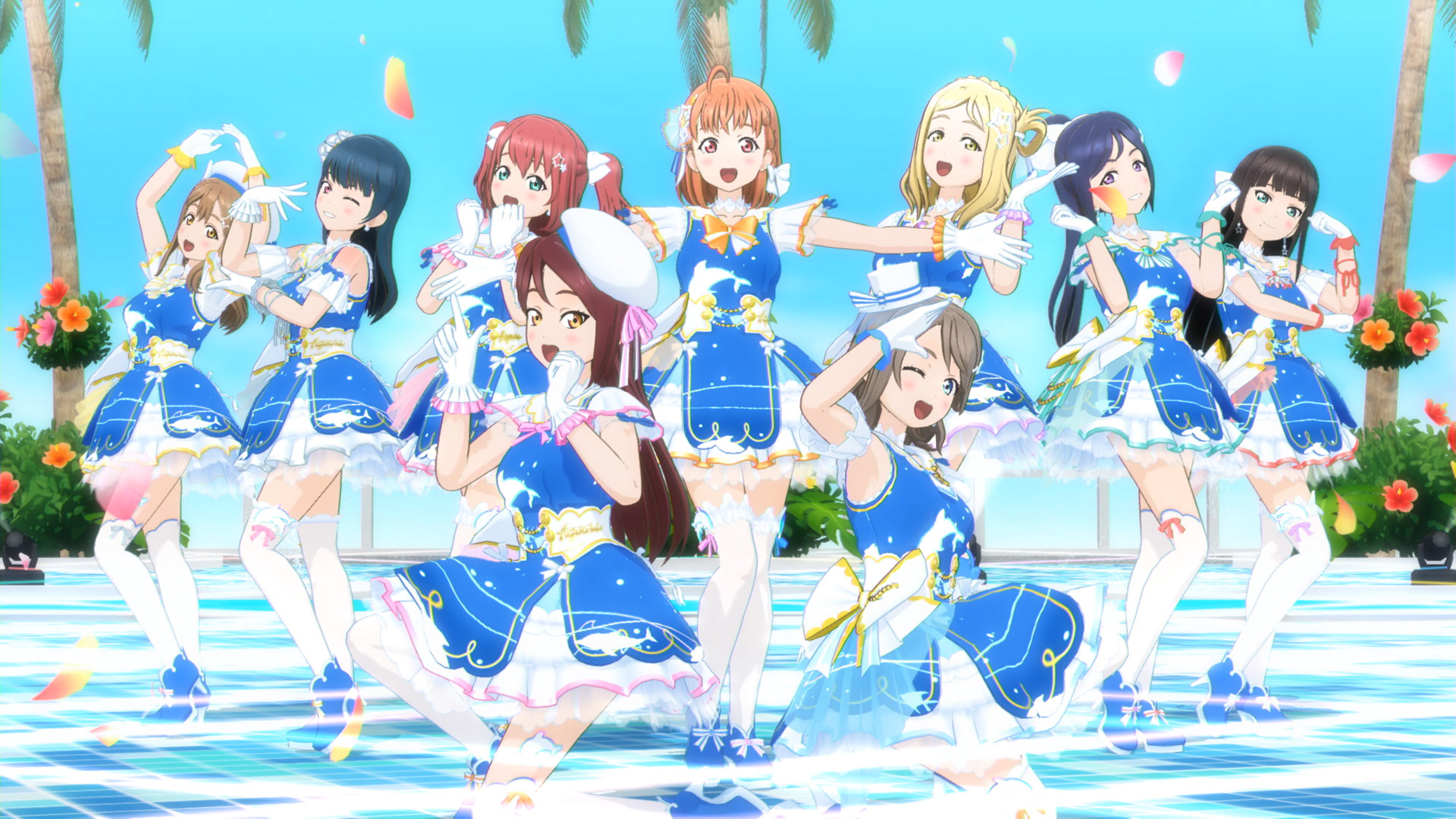 You can create and collect your costume materials in free base version live play.

You can play 125 songs in total from μ's, Aqours and Saint Snow!
Also collect 69 different costumes!

Choose your favorites, and purchase new songs and costumes digitally! The combination is up to you! Choose the one you like best♪

By completing songs, get materials for costumes! Make more costumes by collecting materials!
Or, purchase the costumes immediately♪ 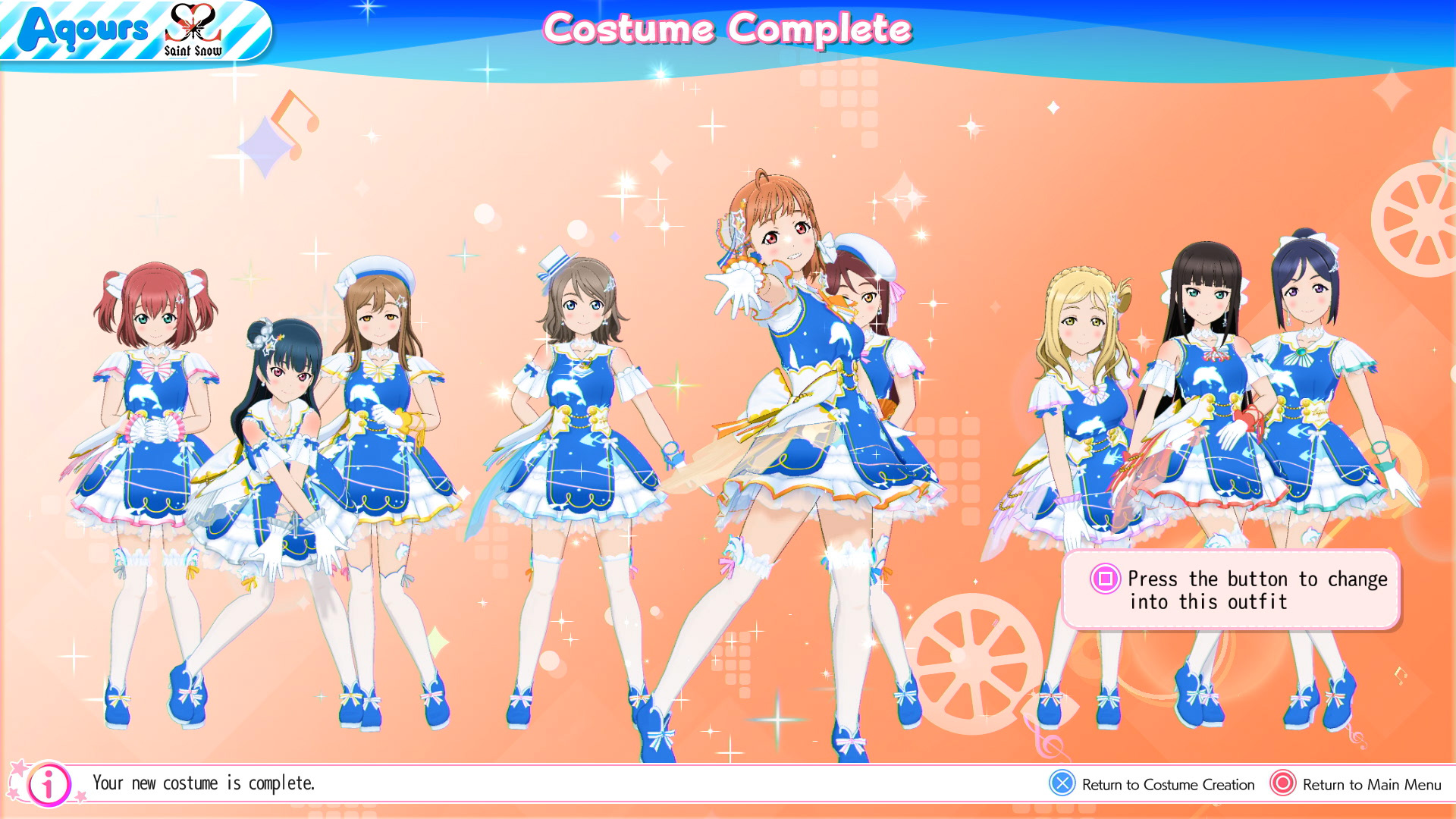 Love Live! is a cross-media project based on the concept, "a story that makes our dreams come true." A youth drama that follows nine high school girls who form an idol group in an attempt to save their school, it has been adapted for various media, including an animated TV series, music CDs and animated videos, magazines, comics, mobile phone applications, and card games. Love Live! has also featured in radio programs, live video streams via the Japanese video sharing website NicoNico, and in live concerts and events hosted by the voice cast.
The first season of the "Love Live! School Idol Project" TV anime series was aired in Japan from January to March 2013, and the second season from April to June 2014. A feature length anime movie, "Love Live! The School Idol Movie," opened at theaters in Japan on June 13, 2015, and has been a massive hit, with over 2 million customers and box office takings now exceeding 2.8 billion yen. Solo farewell shows by μ's were held at Tokyo Dome on March 31 and April 1, 2016.

Love Live! Sunshine!!, with its central theme of "a story of realizing our dreams together," is the latest part of the Love Live! Project. The story follows Aqours (pronounced "aqua"), the school idol group formed in Uchiura in Numazu City, Shizuoka Prefecture, and is spread across different types of media such as CDs bundled with music videos on Blu-ray and DVD, events, magazines, smartphone apps, and more.
The project started in February 2015 in DENGEKI G's Magazine. Aqours' first single, "Kimino Kokorowa Kagayaiterukai?", was released later that same year in October. The first season of the TV anime series started airing in July 2016. The following year, Aqours performed their first solo live show "Aqours First LoveLive! ~Step! ZERO to ONE~" at Yokohama Arena on February 25 and 26, 2017. On August 5, 2017, Aqours began the "Love Live! Sunshine!! Aqours 2nd LoveLive! HAPPY PARTY TRAIN TOUR" with the final performances held at MetLife Dome (formerly Seibu Prince Dome) on September 29 and 30, 2017. In October of the same year, the second season of the TV anime series started airing. "Love Live! Sunshine!! Aqours 4th LoveLive! ~Sailing to the Sunshine~" was held at Tokyo Dome on November 17 and 18, 2018, and a brand new feature-length anime movie was released theatrically on January 4, 2019.

More than 45 million players worldwide enjoy this Japanese anime music rhythm game! Featuring over 100 playable songs, the difficulty can be adjusted to suit you. Play through Live Shows, read stories about the many interesting and unique characters, join in the events, and create and strengthen your own team of school idols! Super cute original costumes for the school idols in μ's, Aqours, and more are added regularly.